Technical Narration for the Voice Over Artist in Medical, Pharmaceutical, and Scientific Markets

Improving on Medical, Pharmaceutical, and Scientific Narration, E-Learning and Explainer Videos for the Voice Over Artist.

The Voice Over artist tells a story to an audience both by words and tone. The audience participates by actively listening and responding to that voice and tone. When telling a story to friends or acquaintances have you ever felt that you could be talking in a different language due to their reaction. As Voice Over Artists our goal is to bring excitement, enthusiasm and energy to any narration which might include dense, highly technical material by activating the content of the read. Not “Over the Top” but being professional, authoritative, confident and interested in what you have to communicate.

I began lecturing to both professionals and the public early in my career and I never gave much thought about my audience. But now, as a voice over artist specializing in a unique market, capturing my audience’s attention through imparting interest, energyand knowledge into the flow and tone, I have achieved a level of trust and professionalism that was once not present.

To achieve this comfort level with the audience, I did a bit of internal SWOT analysis. For those who may not know the meaning of the acronym “SWOT” it stands for Strengths, Weaknesses, Opportunities, and Threats. It is a technique used in business for a quick analysis of problems and revealed a weakness that I realized I had not taken into account. The weakness was NOT KNOWING THE TOTAL ENVIRONMENT surrounding whom the story was to be told. 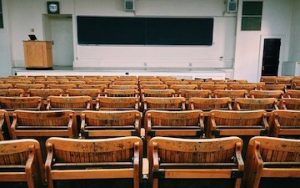 What Pre-Visualization Gives To the Voice Over Artist in their Narration, E-Learning and Explainer Projects

Ansel Addams is considered to be master of the photographic print. He used the method of pre-visualization and knew what his print would look like even before he focused the camera on the subject. He previsualized the finished print allowing him to know how to photograph the subject and create the finished print.

Picking up on this, I found it obvious that after my SWOT analysis to previsualize my Voice Over Listeners I needed to increase the audience’s responsiveness and attention by answering some basic questions.  Who are the listeners? Which is probably the most Important question, and then consider what variables are appropriate. Is this a formal narration, more professional, needing a professorial tone? Or, should it be casual and approachable, yet serious in its approach to the script? Or maybe, off -the-cuff friendly, like the neighbor giving information or advice which is not too serious nor in depth.

I read an interesting article written by a very experienced Voice Over Instructor who points out the difficulties new Voice Over Actors have in pre-visualizing their audiences. One of the explanations for this difficulty is the trend not to physically hold and read books. That the process of physically holding and reading a book allows the reader to stop and visualize the characters, and locations the story is taking them. It allows the reader to project themselves into the story and participate in the book.

Content of Medical, Pharmaceutical, and Scientific Script, and it’s Interpretation by the Voice Over Artist

What is the content of the script for; is it for narration, eLearning, or an explainer project? Both the who and the what are directly linked to how you present and activate the script. Activating scientific research narratives have differing tones and inflection points then narrating patient case studies or therapeutic treatments and regimens. Explaining how medications work, and their pharmacology and side effects on physiology, will also take a different tone and approach when addressing an audience of physicians, nurses and pharmacists versus the general public. When a Voice over artist both comprehends, and is enthusiastic about the technical material, it activates the script by adding dimension. Outcomes achieved, are greater enthusiasm and interest by the audience, and greater retention and potential utilization of its content.

(Circling the wagons so to speak) Experiences I have had in the clinical and business realm of healthcare provide me to utilize both my formal education and my experience in being a voice over artist in the highly technical medical and scientific marketplaces.  By supporting and creating projects in these specialized fields I have been on both sides of the microphone, as a narrator and lecturer, and as an attendee. Utilizing pre-visualization by a voice over artist who understands, and is interested in what the script contains, you create a greater and more dramatic presentation. The outcomes are obvious; greater interest in the material, greater retention of the material, and greater understanding of how to utilize the information in that material, all important to both the audience and the client.

Play
Stop
Next»
«Prev
HIDE PLAYLIST
X
Work With Me